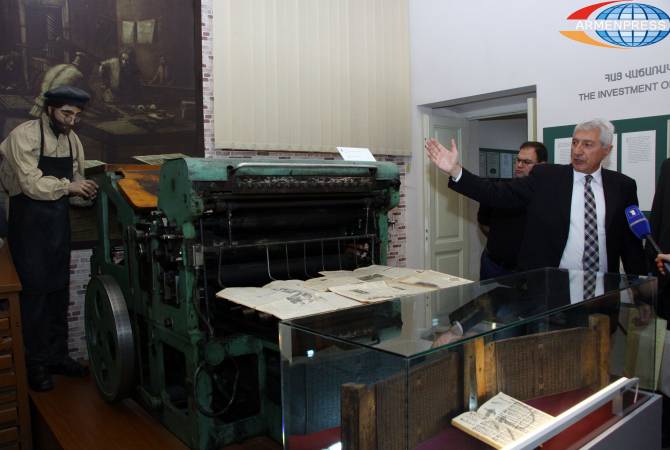 “During the 500th anniversary of Typography, when Yerevan has chosen as the book capital, the leadership of the national library of Armenia initiated the creation of this museum at the instruction of President Serzh Sargsyan. I think this is a unique museum”, the minister said.

The museum displays the path of Armenian typography, beginning from the first book up to the present days.

The museum houses the first Armenian printed book – Urbatagirk (The Book of Friday), the first Bible, the first newspaper – Azdarar, and other unique examples, head of the Museum of Typography Balasan Harutyunyan said.

The Museum of Typography was opened in the Armenian National Library, since it is considered to be the largest facility housing Armenian printed materials.