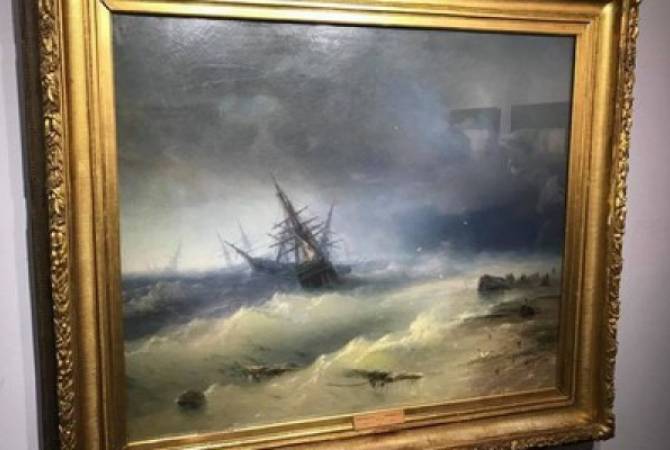 
YEREVAN, SEPTEMBER 22, ARMENPRESS. Exhibition called “The Genius and the sea - traditions, searches, discoveries” has been opened at the National Art Museum of Ukraine, Kiev dedicated to the 200th anniversary of Hovhannes (Ivan) Aivazovsky and the 95th anniversary of the gallery. ARMENPRESS reports, citing Analitikaua.net, the organizers noted that Aivazovsky’s works have left great impact on Armenian, Ukrainian and Russian cultures.

President of the Union of Armenians of Ukraine Vilen Shatvoryan saluted the exhibition and said, “Thanks to the initiative of the specialists the art of our prominent compatriots continues to rejoice art lovers”.

The organizers describe Aivazovsky as unequalled sea painter. Over 60 pieces of 18-20th centuries on the topic of the sea will be exhibited. The exhibition will be open from September 12 to October 31.

Aivazovsky’s photos lost during WW-2 and found later will also be exhibited.

The exhibition will be open until October 31.