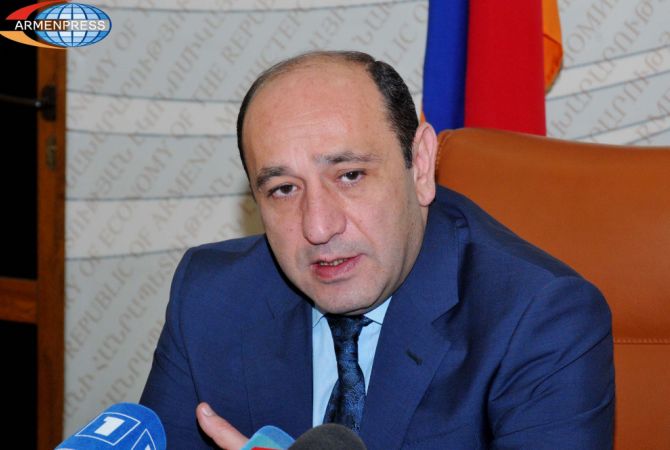 Minister Karayan departed for Qatar in the delegation led by President Serzh Sargsyan.

“The major aim of the meeting with Qatar’s Economy Minister was to reach agreements on further cooperation formats: we reached those agreements. We have presented Armenia’s investment environment’s attractiveness, a number of concrete investment programs which they can carry out at the first stage. I invited my colleague to visit Armenia”, Suren Karayan said.

According to the Minister, the Armenian side proposed to make investments in promising fields, such as in agriculture, urban development, road construction and tourism. “It is possible new investment programs, new ideas will emerge during the discussions. In particular, we have talked about the possible investment in the high technologies field.  Preliminary agreements were reached on holding a bilateral economic forum”, the Armenian Minister said.

Minister Karayan said both sides accept that currently the bilateral trade turnover volumes are at a very low level, and there is a desire to sharply increase them. “We have agreed with my colleague to stay in constant contact, we will try to take steps within the frames of public-private sector cooperation aimed at increasing the trade turnover”, Karayan said.

11:29, 05.19.2022
2684 views U.S. recognizes role of population of Nagorno-Karabakh in deciding its future–Ambassador Tracy’s interview to ARMENPRESS