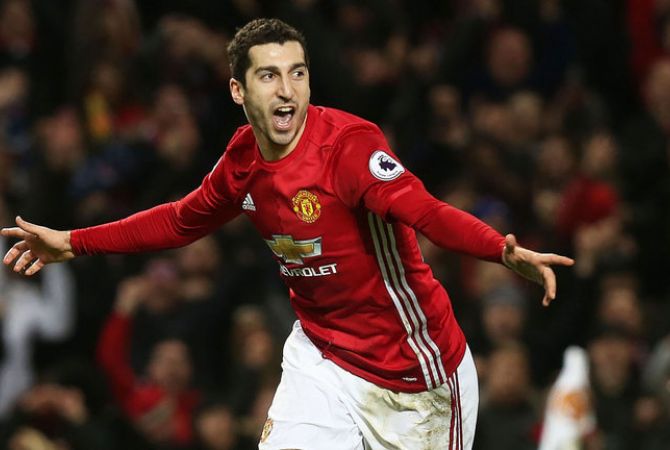 
YEREVAN, MARCH 14, ARMENPRESS. Russian Match TV has made another documentary film about Henrikh Mkhitaryan, midfielder of Armenia national team and “Manchester United” club. From Yerevan to Manchester with some stops, who taught him to play so well and where - the film tells about all these, revealing where Mkhitaryan first played football, how did he do at school.

“Armenpress” reports the film makers visited his home in Yerevan, talked with his neighbors. Former midfielder of “Ararat” club Ashot Sahakyan helped the crew. “Everybody loves him, he is talented in all aspects”, Sahakyan said.

Afterwards, the film presents Mkhitaryan’s achievements in the championships of Ukraine, Germany and England, refers to his abilities to sing and speak in different languages. “I like learning languages and fortunately I have managed to learn a number of languages”, Mkhitaryan said.

Afterwards, the film presents Mkhitaryan’s achievements in the championships of Ukraine, Germany and England, refers to his abilities of singing and speaking in various languages. “I love learning languages and fortunately I have managed to learn a number of languages”, Mkhitaryan said.

“It may seem paradoxical, but I have never had any conflict with him. It’s very easy to work with him, since he is a professional. Sometimes I am asked what his phenomenon is. Yea he is fast, manages good dribbling, scores goals, makes assists, but in my opinion his greatest phenomenon is his philosophy, mentality and nature”, former head coach of Armenia national team Vardan Minasyan said.

He also told that Mkhitaryan had received an offer from Football Club Anzhi Makhachkala when Guus Hiddink was the head coach, but Mkhitaryan chose Europe, which, according to Minasyan, was the correct decision.

“Mkhitaryan has technique, nature, tactic and there is no footballer better than him in the post-Soviet area. He is the big star of small Armenia”, the film maker noted.