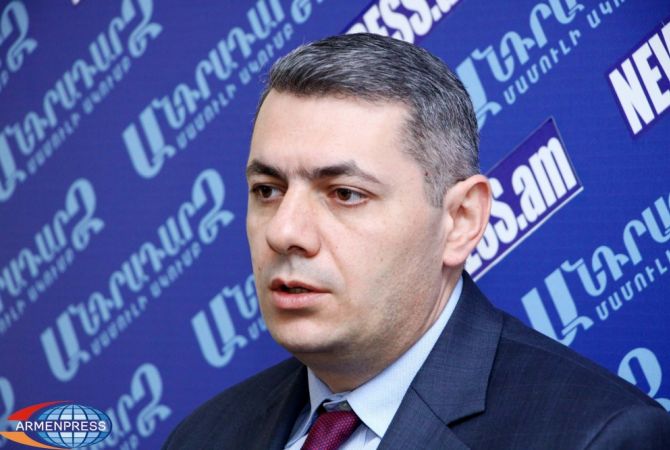 
YEREVAN, MAY 6, ARMENPRESS. Political scientist Sergey Minasyan highlights the statement issued by the representative of EU’s External Action Service on the closure of OSCE’s Yerevan Office. In an interview with “Armenpress” Minasyan stated that by that statement the EU reconfirmed that it fully supports the efforts of Armenia and the former and present OSCE chairing countries, Germany and Austria, aimed at ensuring the continuation of the operation of the last OSCE Office in the South Caucasus. “It was mentioned in that statement that Armenia tried to find a solution to that issue by all means. The European Union specially noted that it’s disappointed by the position held by Azerbaijan on that issue”, Minasyan said.

The political scientist highlights the fact that in fact a situation has emerged when two super-powers, the USA a day before, and the EU today, issued a statement on the closure of OSCE’s Yerevan Office, and stressed that they are disappointed at the position of Azerbaijan on that issue leading to the closure of the Yerevan Office.

Sergey Minasyan finds interesting the fact that the EU hopes that a solution can be found to the situation, if not in terms of the activities of the OSCE Office, but at least for ensuring the continuation of the projects that have been implemented in Armenia by that organization.

The political scientist thinks that it is about the continuation of the bilateral cooperation with the OSCE or OSCE member states.