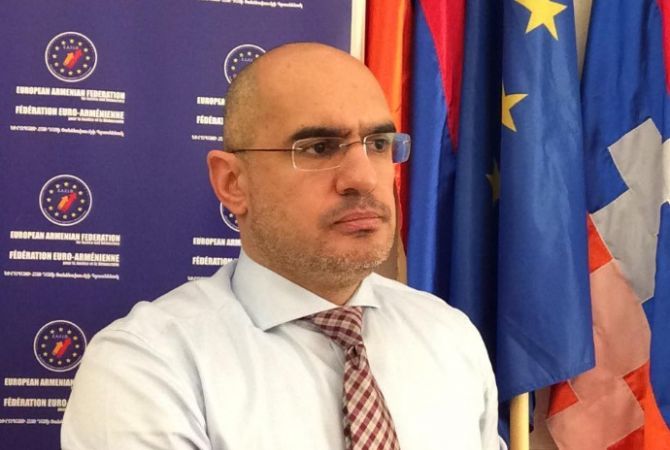 
YEREVAN, MAY 2, ARMENPRESS. A fundraiser was held on May 1 in Brussels’ St. Mary Magdalene Armenian Apostolic Church. The fundraiser was organized to support Syrian-Armenians, European Armenian Federation for Justice and Democracy (EAFJD) communications and PR liaison Bedo Demirdjian told ARMENPRESS.

Almost all Armenian organizations of Belgium had joined the fundraiser.

Primate of the Armenian Diocese of Beroea Archbishop Shahan Sargisyan and Aleppo’s Armenian community representative Karapet Yuzbashyan were present at the event.

The money will be given to the Armenian Church of Syria.

Demirdjian says the Church is the best structure which is well aware of the community’s problems.

“Political meetings are also expected. Archbishop Shahan Sargisyan and Karapety Yuzbashyan will participate in the May 2-3 meetings organized by EAFJD. They will meet with parliamentarians of both federal and regional levels of Belgium. A meeting is also scheduled with European Parliament officials. The purpose is notifying on the Syrian-Armenians’ issues”, he said.

Prior to visiting Brussels, the Archbishop and Yuzbashyan were in France, where a similar event was held for supporting Syrian-Armenians. They will depart for Netherlands afterwards with the same purpose.