Restoration of seven historic-cultural monuments to be completed in 2017 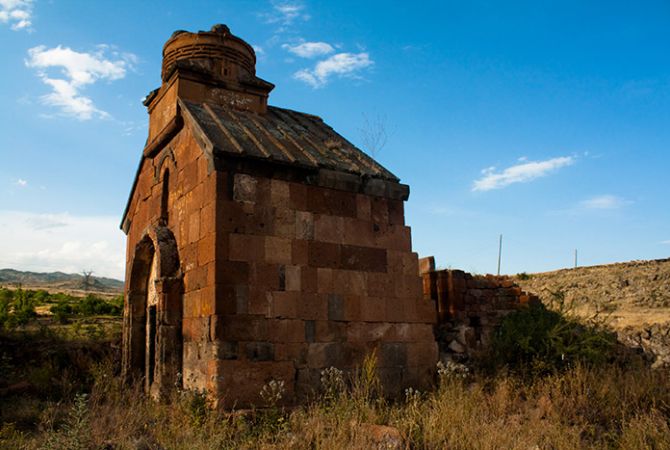 
YEREVAN, MARCH 23, ARMENPRESS. At the initiative of the culture ministry of Armenia the restoration of seven historic-cultural monuments will be completed in 2017.

Gayane Nuzlukhanyan, head of the monument restoration department of the historic-cultural monument preservation agency of the culture ministry told ARMENPRESS in the end of 2016 the government approved the budget which will be provided for the restoration works.

According to her, upon selecting the monuments which are subject of restoration they are guided by two principles: the degree of damage and cultural value and importance of the given structure.

Nuzlukhanyan said the Artavazik Church of the Byurakan community, Aragatsotn province will be restored. “The works will begin and finish this year. Artavazik is a small structure, with its rotunda having collapsed after a lightning strike. The locals are very excited about the renovation. 18 million AMD has been provided for the restoration”, she said.

The historic-cultural reserve of Artashat town will also be restored. The project is underway since last year. 10 million AMD was provided last year, and an additional 8 million AMD this year.

A cover will be built in the Metsamor museum of Armavir province to preserve the sanctuaries located inside and a valuable Urartu era monument will be restored, with 8 million AMD being provided for the work.

The Holy Mother of God Church of Irind village in Aragatsotn province will also be restored. It is a unique structure dating back to the 7th century. 35 million AMD was provided for the restoration and the work will be completed this year.

The ancient site of Dvin will also be restored in Ararat province. 6.7 million drams is provided for the work, and the financing is also done by the World Bank.

The restoration of Mkhitar Gosh’s tomb in Tavush province will be completed, which began in 2012.

Restoration works will also be carried out in the monastic complex Vorotnavank, dating back to the middle ages, in Syunik province. The Church has been renovated and the remaining works are about to be completed. 8 million drams were allocated.

The Holy Hovhannes Church of Kamaris, Kotayk province will be restored with 8 million drams being provided.

Nazlukhanyan said they invited foreign experts for the restoration works. Speaking about private investors she stressed they work with the UN.