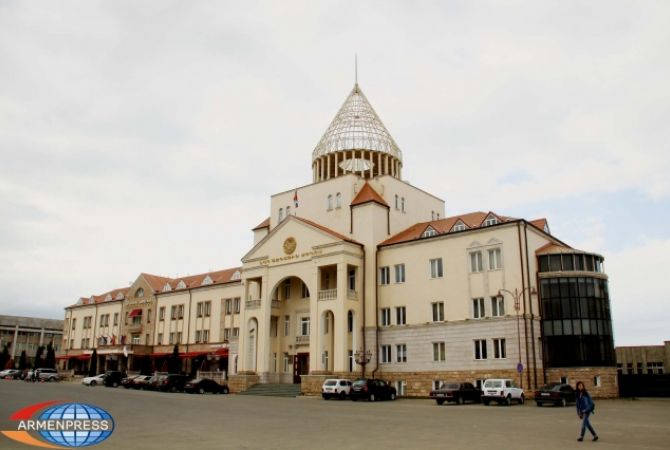 Ashot Ghulyan expressed gratitude for accepting the invitation of carrying out observer mission in Nagorno Karabakh and mentioned that any such event, be it election or referendum, are political tests for the young state.

Thanking for the reception, Inaki Irazabalbeitia stressed that Nagorno Karabakh and Basque Country share the same values – peace and democracy.

“Here we see true democracy and freedom of expression”, the former MEP said.

Lorena Lopez de Lacalle, member of the European Free Alliance bureau, presented her observations during the referendum and said she was present in 14 polling stations during the day and witnesses a functioning democracy.

“There are democratic elements and values here which we don’t have. I  am delighted especially with the 36th article of the Constitutional draft, which says if the child is able, he/she is obliged to care for his parents. These are high values, which, unfortunately, have completely disappeared in our system”, Lopez said.

Secretary of the foreign relations committee of the Basque Nationalist Party Jose Maria Etxeberria, who visited Nagorno Karabakh for the first time, highlighted the experience which he gained during these days in the country.

“Today I understood, doesn’t matter if you have natural resources or not, if you are rich or not, the important thing is stability in values and convictions, which you have. Despite all the deprivations and losses, you haven’t lost your identity and you are in charge of your destiny. We are willing to help you in protecting your right to self-determination”, Etxeberria said.

Ashot Ghulyan assessed the further cooperation with the Basque Country as promising.

17:07, 06.12.2021
Viewed 1315 times Armenian Defense Ministry comments on information about deployment of Turkish forces in the area of Black Lake