Preparation works of NKR constitutional referendum are at final stage 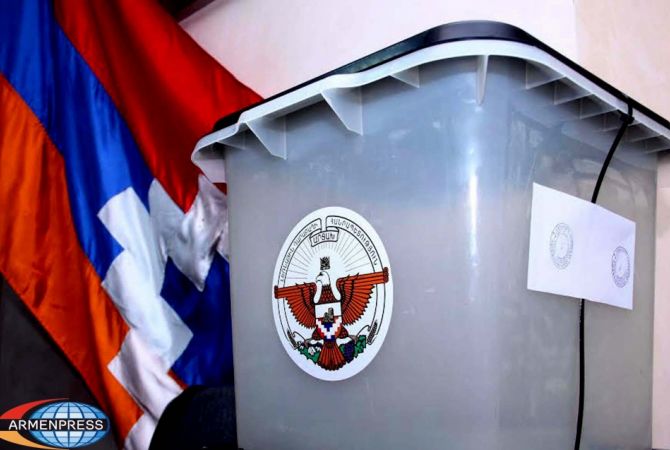 
YEREVAN, FEBRUARY 17, ARMENPRESS. The preparation works of the constitutional referendum in the Nagorno Karabakh Republic (NKR) are at the final stage, the last clarifications are being made, Secretary of the NKR Central Electoral Commission Sergey Melkumyan told “Armenpress”.

“All polling stations are established, they are 280, 279 of which are in Karabakh, the one in our permanent representation in Armenia. Our citizens while in Armenia will be able to vote that day. The voting ballots are printed, currently they are distributed to the regional commissions of the referendum, after which, they will be distributed to the polling stations in accordance with timeframe”, Sergey Melkumyan said.

He said currently it is the active stage of registration of observers. At the moment the local observers are being registered. The political forces have big groups of observers such as the Democratic party of Karabakh, Free Fatherland, National Revival, Federation parties. As of now, the number of registered local observers reaches to 70.

“There are a number of invitations for abroad, numerous figures, organizations expressed a wish for participation. They are both from the post-Soviet countries and other states. The international observers will arrive starting from February 18. International journalists will also arrive to cover the referendum”, he stated.

President of the Nagorno Karabakh Republic Bako Sahakyan on January 19 signed a decree on putting the NKR’s draft Constitution on a referendum. According to the decree, based on the consent given by the NKR Parliament to the NKR President's initiative for putting the draft Constitution on a referendum, the date for the referendum was appointed February 20, 2017. The polling stations will be opened at 08:00 on February 20, and will be closed at 20:00.