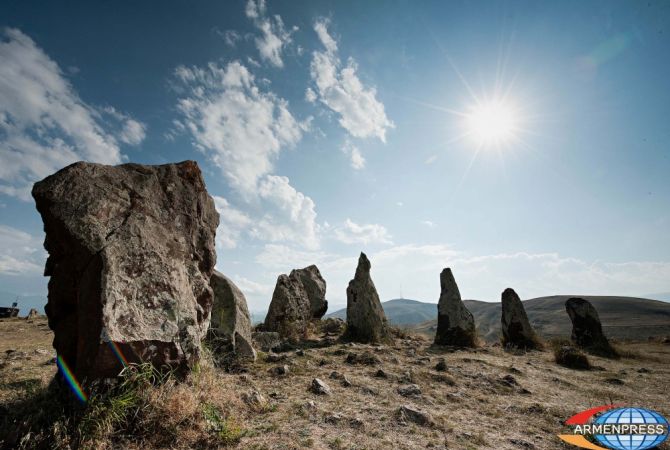 Among the findings, Piliposyan pointed out a 11-13 century glass bracelet discovered during excavations of the tomb.

“It turns out that during those ages after the decline of the Bagratunis there was a rather difficult situation in Armenia, and this large tombs served as shelters for people during the invasions of Mongol-Tatars and Seljuks”, he said.

According to Piliposyan, more than 4 slabs have been found in the central tomb. “All these findings prove that the memorial belongs to the Iron Age, the excavations of which are planned to continue in 2017 as well”, Piliposyan said.

Zorats Karer, also called Karahunj, is a prehistoric archaeological site near the town of Sisian in the Syunik Province of Armenia.

21:29, 09.24.2021
Viewed 2022 times Today, no Armenian lives or practically could live in the territories under the control of Azerbaijan – Pashinyan