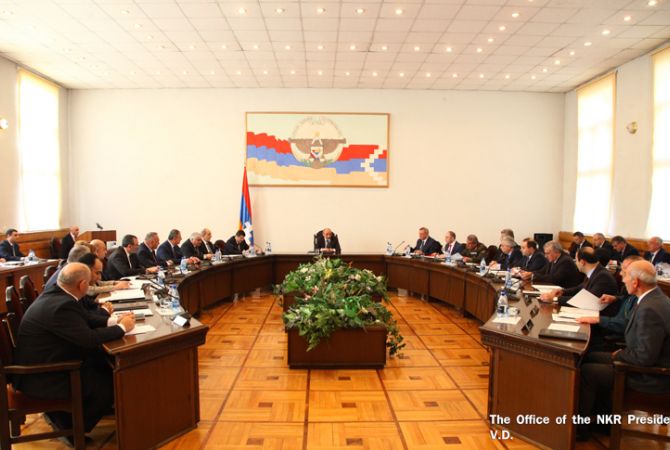 The President underlined that the past year was quite difficult and hard for Nagorno Karabakh, the people and economy. The Four Day April War was a blow to the country's normal economic development, affecting almost every branch of the economy.
Bako Sahakyan noted that despite all the difficulties, the country managed to maintain the stipulated pace of the economic development in 2016, positive dynamics in the main branches of the economy and register 9 percent GDP growth.
At the same time the President assigned to the Cabinet to carry out a deep analysis of the results of the year, paying special attention to the issues and shortcomings and undertake necessary steps to eliminate them.

Speaking of the plans for 2017, the President underlined the necessity of maintaining the high quality of upcoming activities, the degree of coordination, implementation of the duties and efficient utilization of financial means. "Everything that was outlined and adopted by the appropriate laws and government decisions should be implemented unconditionally and in a consistent manner", noted Bako Sahakyan,  giving specific assignments for proper implementation of the scheduled programs.