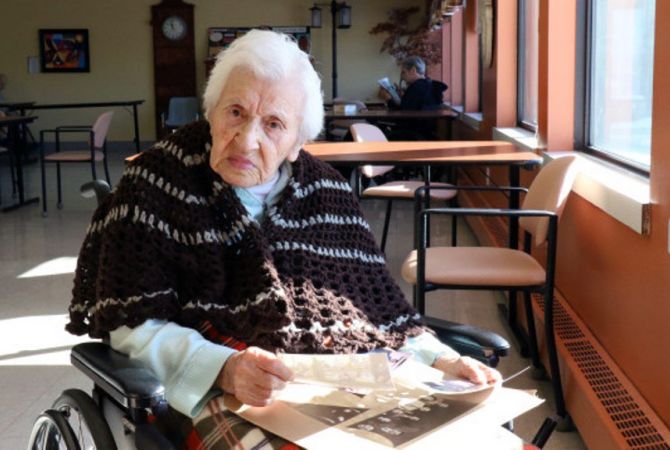 
YEREVAN, JANUARY 20, ARMENPRESS. Knar Yemenijyan, the last survivor of the Armenian Genocide passed away aged 107 in Canada on January 19.

Yemenijyan was born in 1909 in Kayseri. Her entire family was able to escape the Armenian Genocide.

Hovsep, her son, recalls her stories - :” My grandfather from my mother’s side was a military man. His family was saved by one of his co-servicemen, who sheltered them in a farm. They lived in a storehouse for a few days. They didn’t have anything to eat for months. And my grandfather, who stayed in the army, fell ill with typhus. They said “he will die on his own”, and didn’t kill him; they just removed him from the army. He had found his family, but the typhus had reached them too. Fortunately, they were able to overcome the disease”.

The family was able to return to the ruins of their burnt homes. They lived there under false names for 10 years, forcibly presenting themselves as Muslims. Afterwards they moved to Egypt and restored their real names. Later on the family moved to Canada.