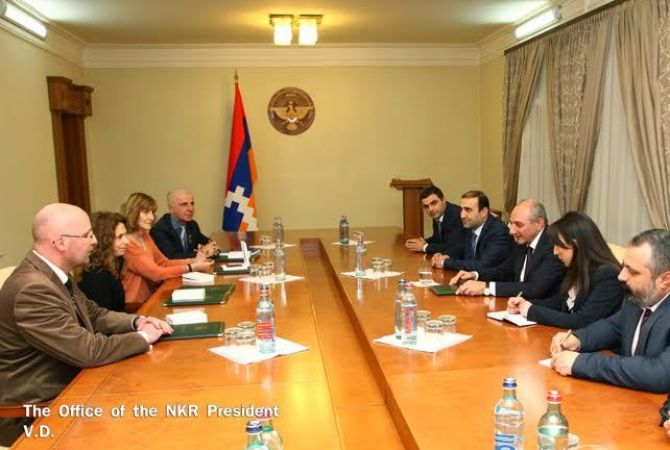 
YEREVAN, NOVEMBER 24, ARMENPRESS. President of Artsakh Republic (NKR) Bako Sahakyan received a group of scientists who were carrying out researches and excavations in the Azokh cave of the NKR Hadrout region.

As “Armenpress” was informed from the press service of Artsakh President’s Office, for active participation in conducting archeological excavations in the Azokh cave, authoring the book entitled “Azokh Cave and the Transcaucasian Corridor” and presenting it to international scientific fora Levon Yepiskoposyan (Republic of Armenia), Peter Andrews, Tania King (United Kingdom), John Murray (Ireland) and Yolanda Fernandez-Jalvo (Spain) were awarded with the "Vachagan Barepasht" medal.

President Sahakyan underlined that their researches had great scientific significance for studying human evolution expressing gratitude for the carried out work.