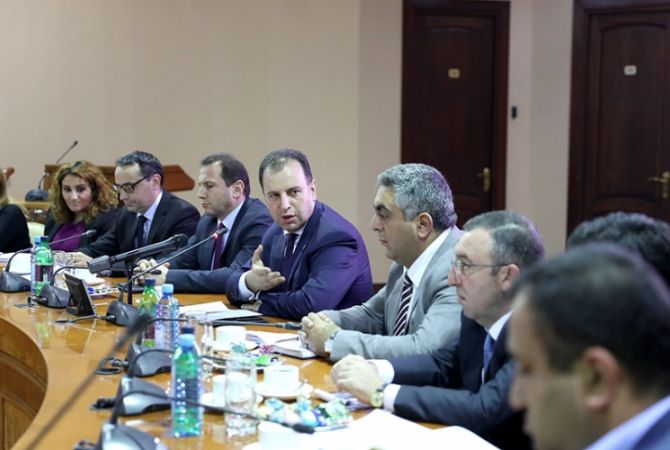 
YEREVAN, NOVEMBER 16, ARMENPRESS. The best international experience serves as basis for the ideology of nation-army, but it is the model of Armenia, accommodated to the characteristics of Armenia and challenges facing the country, “Armenpress” reports Defense Minister of Armenia Vigen Sargsyan announced in a meeting with media representatives.

“We often hear that this is the model of Israel, Switzerland or Singapore, but this is Armenia’s model, with all its characteristics and challenges. We must take our path with the knowledge of the best experience”, the Minister said.

To the question if Vigen Sargsyan thinks the army developed in a wrong direction in the past, the Minister stated, “No, I advocated the concept of a nation-army from the very first days I was appointed as a Defense Minister, which became a subject for broad public debates. After 25 years since our independence, in the 25t anniversary of our army we must step from establishing a national army to a nation-army. I believe we have passed a very serious path during these 25 years, and our armed forces is the most well established state institution in our country. I am convinced, it is possible to build a nation-army only on the existing fundaments. Convinced that these fundaments are rather firm, I proposed my concept”, Minister Sargsyan said.

Vigen Sargsyan stated that nation-army does not assume militarization of the public, but rather a democratization of the armed forces and integration with other state institutions.