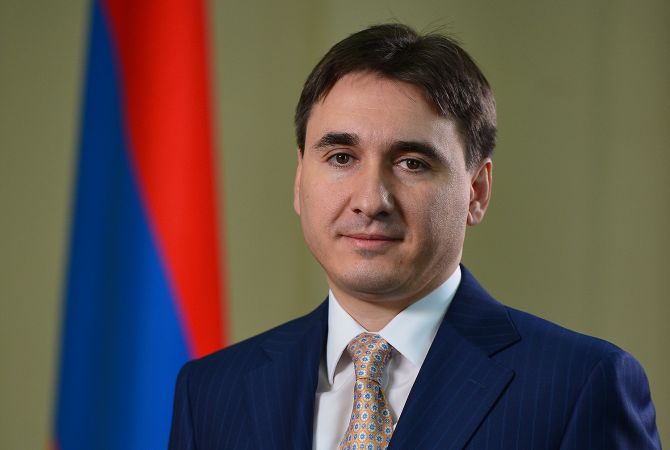 In 1993 graduated with honors from the Saint Petersburg State Service Institute.

Concurrently  completed Master’s studies as a specialist in Programing  of Educational and Retraining Systems at the University of Twente (Netherlands).

In 2006 was appointed Chief of Staff of the President of Armenia.

In June 2007-April 2008 served as Secretary of the National Security Council.

In April 2008 by the Presidential decree was appointed the Vice Prime Minister of Armenia, Minister for Territorial Administration.

Also served as a member of the CIS Economic Council, Special Representative of the President on the issues of cooperation with the CIS countries.

Since 2015 has been heading the Armenian Development Programs and Charity Fund.

In August-November 2015 participated at the educational program on General Administration of the Business School in Harvard University (USA).

Since June 6, 2016 has been serving as the Secretary of the National Security Council.

Has been awarded the First and Second Degree medals for the Services rendered to the Fatherland, as well as received awards from a number of agencies and international organizations.

Married, with two sons and a daugther.