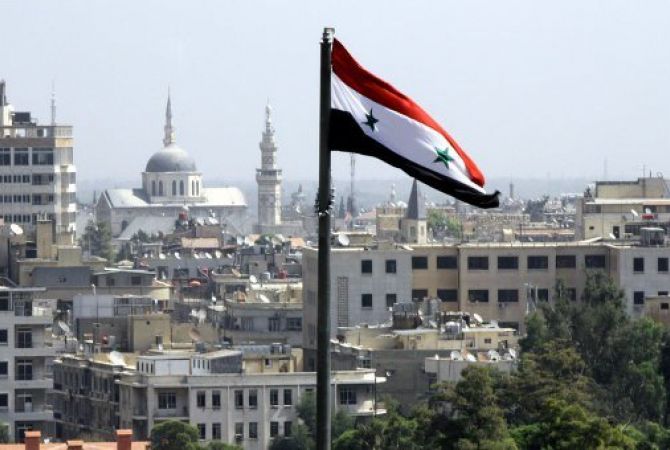 
YEREVAN, AUGUST 24, ARMENPRESS. An official source at the Foreign and Expatriates Ministry of Syria said that Turkish tanks and armored vehicles on Wednesday morning crossed the Syrian-Turkish borders towards Jarablos city under cover of the Us-led alliance’s air forces, “Armenpress” reports, citing Sana.

The source stressed that Syria condemns this blatant violation of its sovereignty and affirms that fighting terrorism isn’t done by ousting ISIS and replacing it with other terrorist organizations backed directly by Turkey.

“What is happening in Jarablos now isn’t fighting terrorism as Turkey claims; rather it is replacing one type of terrorism with another,” the source said, adding that Syria requests putting an end to this aggression and calls on the United Nations to implement its resolutions, in addition to stressing the need for the Turkish side and the US-led alliance to respect international resolutions, particularly those related to closing borders and drying up the sources of terrorism.