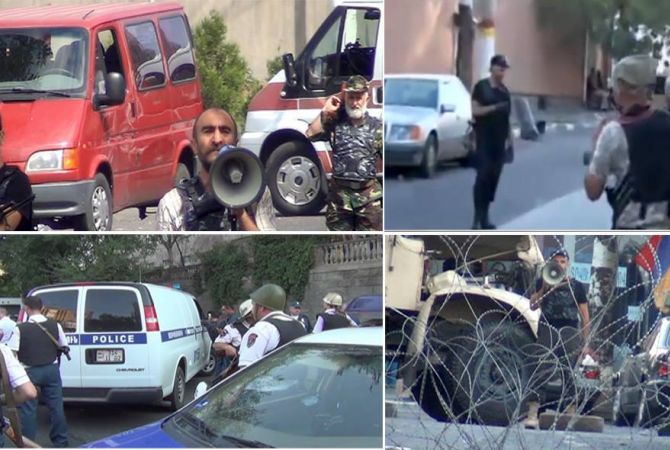 
YEREVAN, JULY 31, ARMENPRESS. Member of the armed group that took control of a police headquarter in Yerevan on July 17 Varuzhan Avetisyan issued a statement about the group’s decision to surrender. “Armenpress” reports Varuzhan Avetisyan called “First Informational” and mentioned in his statement that the number of the group members has drastically decreased. He pointed out two options of their future steps. One of them is to engage into clashes which can cause a lot of casualties, or to surrender. He mentioned that people fulfilling their duties are standing opposite them and they do not want to shed their blood.

“We will put down our weapons and go out at 20:00 without shedding blood. We are convinced we will meet soon again”, Avetisyan mentioned, urging the people to “take the decision as a positive step”.

The same has been announced at the Freedom Square. Producer Tigran Khzmalyan announced about this.