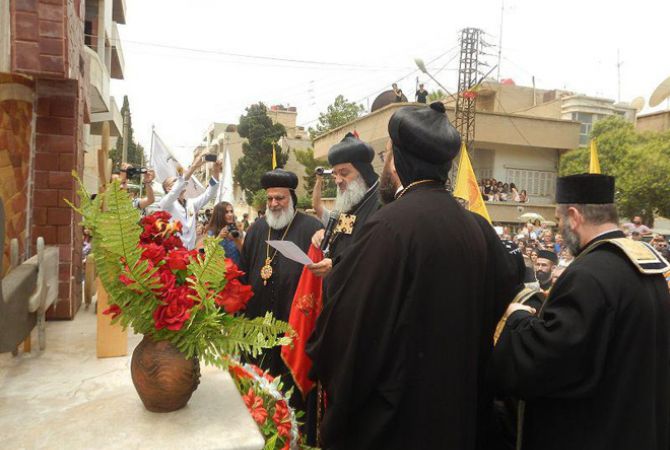 
YEREVAN, JUNE 20, ARMENPRESS. A suicide bomber from the Islamic State of Iraq and Syria (ISIS) blew off his explosive belt when attempting to sneak into a religious ceremony in the Syrian city Qamishli, killing at least 3 guards and injuring dozens of civilians, report Horizon Weekly.

The attack comes as Moran Mor Ignatius Aphrem II, the patriarch of the Syriac Orthodox Church, was holding a special ceremony commemorating the 101 anniversary of Ottoman genocide against Armenians and Assyrians.

Local sources said that government troops securing the event had stopped the suspected bomber and prevented him from entering the ceremony before he detonated his explosive belt, killing all three guards and wounding dozens.

The northeastern city of Qamishli, populated mostly by Christians, was targeted by ISIS suicide attacks at least three times before, where dozens of civilians have been killed and wounded.