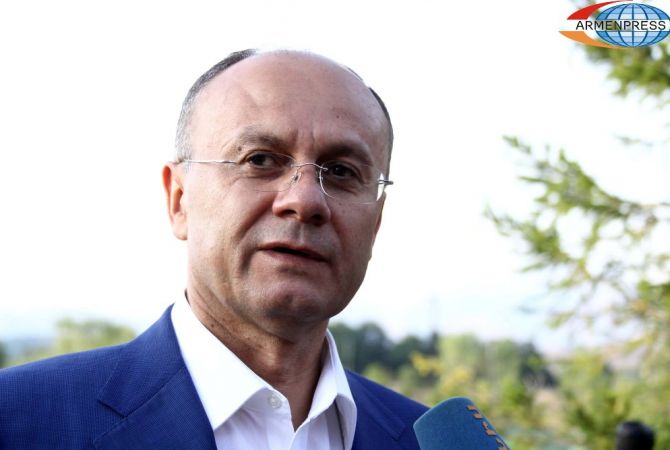 
YEREVAN, MAY 9, ARMENPRESS. Minister of Defense Seyran Ohanyan says the border situation is relatively calm. Of course there have been violations, which were responded accordingly.

“Of course, there were ceasefire violations and gunfire, but according to the Nagorno Karabakhi Defense Army, those violations were responded accordingly”, the minister said.

Speaking on the mobilization of Azerbaijani forces in Nakhijevan, the minister said the Armenian Armed Forces are monitoring and registering every change.

In regard to the bill on recognizing the independence of Nagorno Karabakh, Ohanyan said: “The Republic of Armenia is carrying out diplomatic work aimed at gradually moving Nagorno Karabakh towards recognition, and this diplomatic work is delicate and consistent. The work is done by the political and military leadership of Armenia, and I think we are on the right path.”