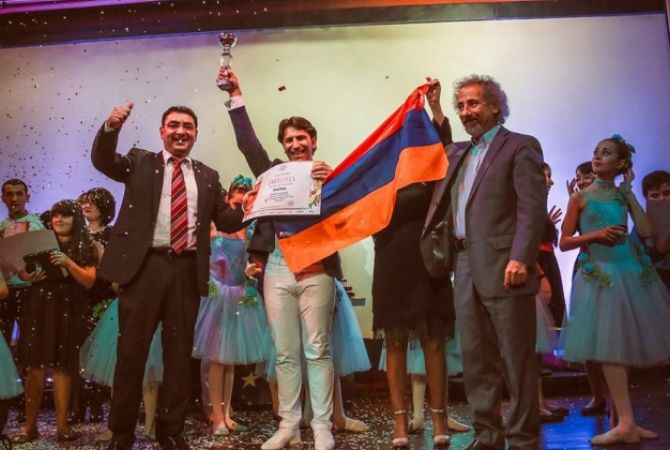 The singer noted that he won two prizes participating in “Folk vocal” and “Pop Vocal” nominations with over 100 representatives of different countries, adding that he feels proud as a big delegation from Azerbaijan also participated in the contest.

He noted that he – a singer from Artsakh - flew the Armenian flag which is really significant.

According to Sargsyan, though the representatives of Azerbaijan were in a tense and nervous condition during his victory, no unpleasant incidents occurred.

Sar Sargsyan won two grand prizes in international contests in Bulgaria and Croatia last year, four gold medals in two nominations in Italy and Croatia and in the nomination for “Best Classic Singer” in Lithuania.

Sar Sargsyan was born in Hadrut, Artsakh in 1981. He participated in a number of concerts and gave solo concerts in Artsakh, Armenia, Russia, Ukraine, Georgia, Bulgaria, USA, the Arab Emirates, China.

21:02, 12.01.2021
Viewed 2278 times Lavrov speaks about Russia's role in finding solutions to issues of dispute between Armenia and Azerbaijan