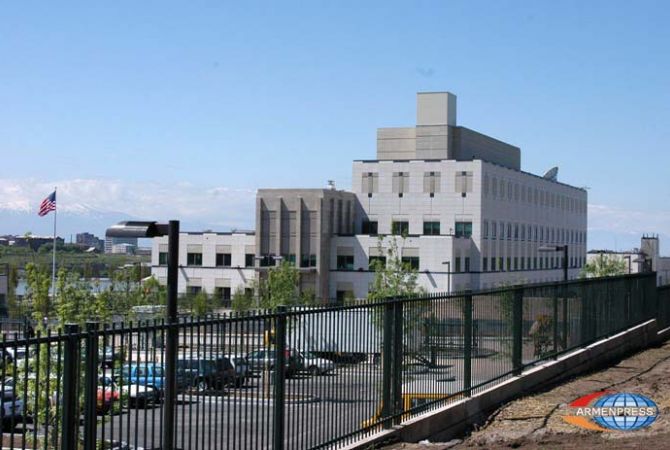 
YEREVAN, OCTOBER 28, ARMENPRESS. The Embassy of the United States of America in Armenia commented at the request of “Armenpress” on the gunfire made by Azerbaijani side at the end of monitoring by OSCE Minsk Group Co-Chairmen in the Line of Contact of Karabakh-Azerbaijani opposing armies on October 27.

“The shooting that occurred during OSCE Monitoring Mission along the Nagorno-Karabakh Line of Contact is unacceptable. OSCE monitors play a valuable, impartial role by contributing to stability in a volatile region and their safety should never be jeopardized. We also note that the Minsk Group Co-Chairs participated in today's mission. We expect the sides to work with the Co-Chairs on reaching a lasting settlement of this conflict, rather than put their safety at risk,” the Embassy of the U.S. replied.

Information and Public Relations Department of the Nagorno-Karabakh Republic Ministry of Foreign Affairs informed earlier that on October 27 the OSCE Minsk Group Co-Chairmen crossed the contact line from the Nagorno Karabakh Republic to Azerbaijan during the monitoring of the Line of Contact between the armed forces of Nagorno Karabakh and Azerbaijan. However, at the end of the monitoring gunfire was registered made by the Azerbaijani side. OSCE MG Co-chairmen and Personal Representative of the OSCE Chairman-in-Office Ambassador Andrzej Kasprzyk held monitoring  in the Martakert-Tartar road section.