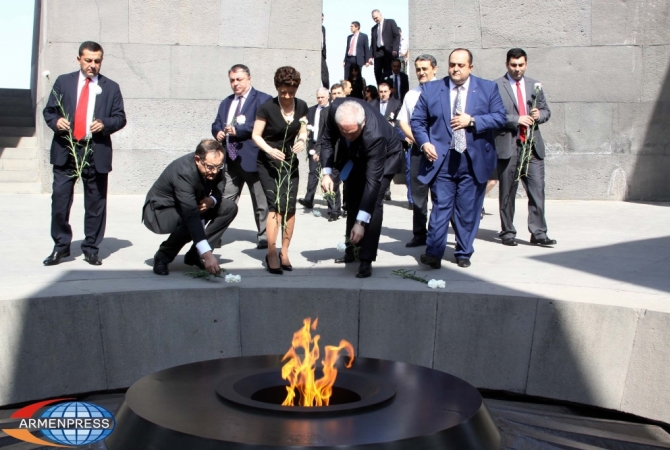 “The Georgian nation expresses sincere condolences to the Armenian people and shares their pain on the tragedy, which took place in the Ottoman Empire in the beginning of the 20th century. The Georgian people are close to the pain of our friend and brother Armenia. We bow before the immortal memory of the dead”.