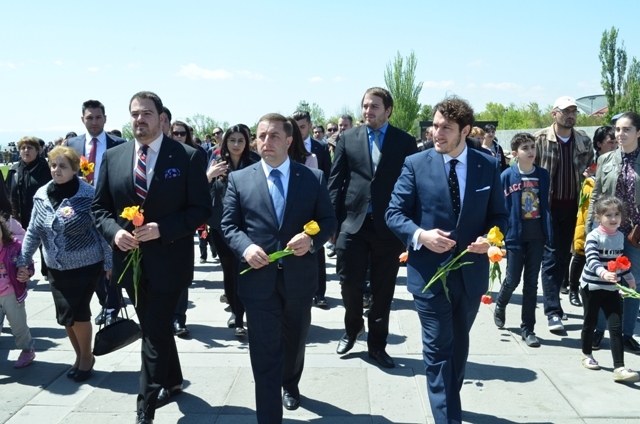 
YEREVAN, 25 APRIL, ARMENPRESS. On April 25, members of the Democrat Youth Community of Europe (DEMYC) visited Tsitsernakaberd Armenian Genocide Memorial where they laid flowers near the eternal flame, planted a fir tree in the garden of remembrance and were introduced to the exhibitions at the Armenian Genocide Museum-Institute.

President of DEMYC Javier Hurtado Mira emphasized that they are in Armenia to not only reinforce the relations between the Western and Eastern sectors of Europe, but to also express their support to the Armenian people and their host, the RPA youth organization on the days marking the Centennial of the Armenian Genocide.