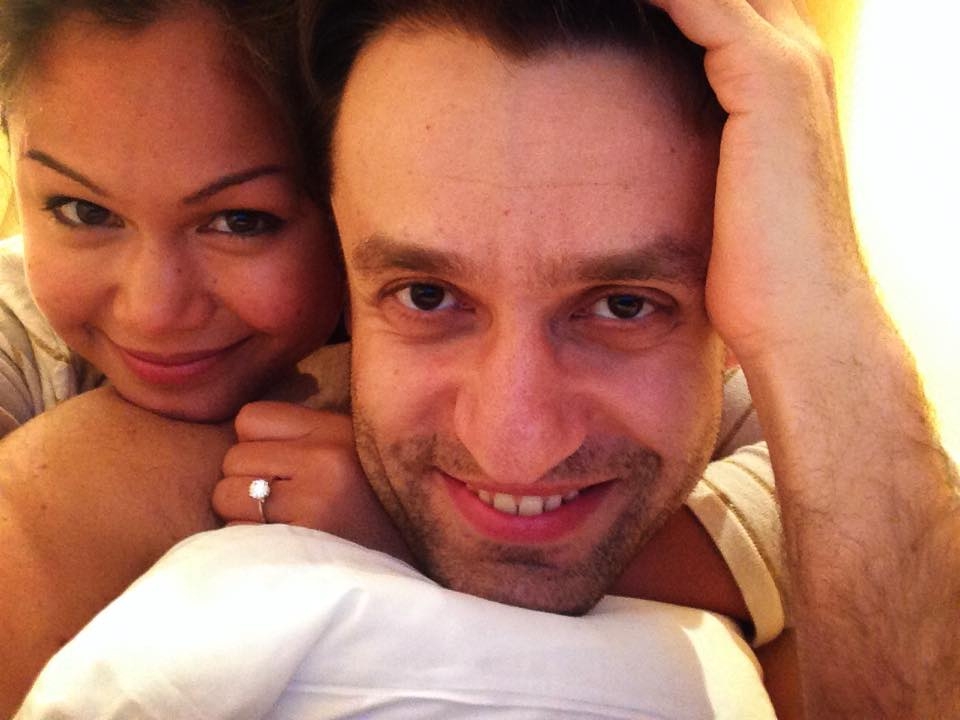 
YEREVAN, FEBRUARY 18, ARMENPRESS. Arianne Caoili, girlfriend of the leader of the Armenian men’s chess team Levon Aronian, is happy to wear an engagement ring. She is getting used to wearing the ring. Arianne Caoili has made a post on this on Twitter. She published her photo with Levon Aronian and particularly stated: “Now I have to get used to wearing this! That won't be too hard. Love never fails.”

“From this moment on, let it be a year of joy! "Who is alive? I ask. Those who are born of love," Levon Aronian said on Facebook.

Caoili has been in a relationship with one of the world's top chess grandmasters, Levon Aronian since 2008. She speaks several languages fluently, and is studying for her Ph.D. at a German university on "Russian foreign policy, especially its economic and business relations with Armenia on a state and individual level," and works as a consultant for a global consultancy firm.

Levon is a professional Armenian chess player and Grandmaster. In 2014 he has made history by crossing the coveted 2800 rating mark. He was World Junior Champion, winner of the World Cup, triple Olympic champion and World Team Champion.

Many chess commentators, critics, previous and current players and chess fans, consider Levon to be one of the greatest players of the modern era.

Levon takes great pride in securing his country’s presence on the world stage. He takes personal interest in the youth of his homeland, and considers it his duty as a role-model to inspire young Armenians worldwide and to play for Armenian national pride. Levon has been Armenian Sportsman of the Year twice, has been awarded the Movses Khorenatsi Medal, the Armenian 1st Category Medal of Honour, and became Honoured Master of Sport of the Republic of Armenia in December, 2009. After winning the individual and team gold again in the 2012 Chess Olympics in Istanbul, Levon was awarded the order of St. Mesrop Mashtots.

Although a British-comedic enthusiast, Levon’s knowledge of film (and jazz) history is astounding and his keen insight on the film industry’s legendary directors makes movies one of his favorite topics and pastimes.