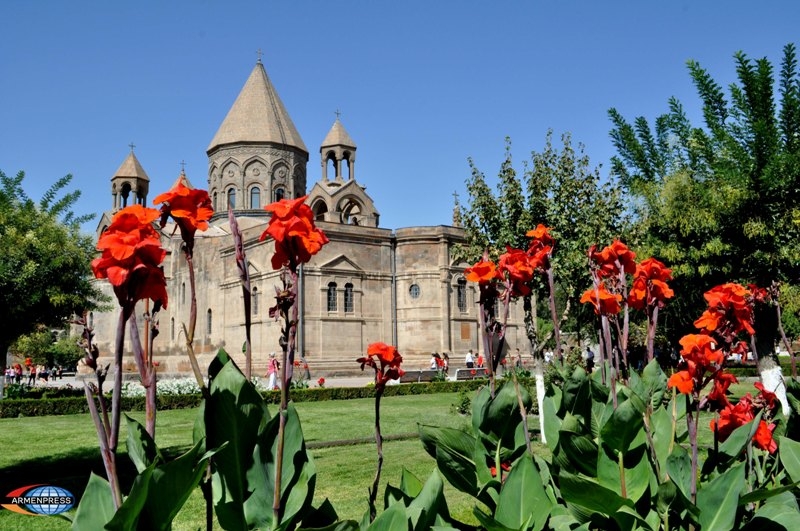 
YEREVAN, 3 FEBRUARY, ARMENPRESS. The Armenian Apostolic Church will be canonizing the victims of the Armenian Genocide on April 23, 2015.

This is what Director of the Office for Church Conceptual Issues of the Mother See of Holy Etchmiadzin, Father, Bishop Bagrat Galstanyan said during a press conference. According to him, the canonization will be an unprecedented event since the last saint that was proclaimed and is remembered is Hayrapet Movses Tatevatsi, who was canonized in the 18th century.

“The Armenian Church doesn’t sanctify. It recognizes the sanctity of saints or of those people that is already common among people or has been shown with evidence. This also means that the Church recognizes what happened, that is, the genocide,” His Holiness informed, adding that the decision on canonizing the martyrs of the Genocide was taken during the Episcopal Meeting held at the Mother See of Holy Etchmiadzin last year.

According to His Holiness, there will be a ritual for canonization during which saints will be proclaimed with a special formula. The canonization committee has set specific terms and conditions for the creation of the icon. As for the selection of psalms, during the Episcopal Meeting held in Etchmiadzin in 2014, it was established that the rule of the psalm “Martyrs of April” by the late Bishop Zareh Aznavouryan of the Great House of Cilicia has been selected as the psalm for canonization of the victims of the Armenian Genocide. His Holiness also said the leaders of the Sister Oriental Churches and their delegations will also be attending the canonization ceremony. As for the Pope of Rome, negotiations are in progress, but there is no final answer yet.

The canonization ceremony will be held at the Mother See of Holy Etchmiadzin and will probably start at 16:00 and end at 19:15, which will symbolize the year 1915. At the end, the bells of all Armenian churches of the world will ring, after which there will be a moment of silence and the Lord’s Prayer.