9% inflation registered in Armenia as of May 2022 – CBA Governor 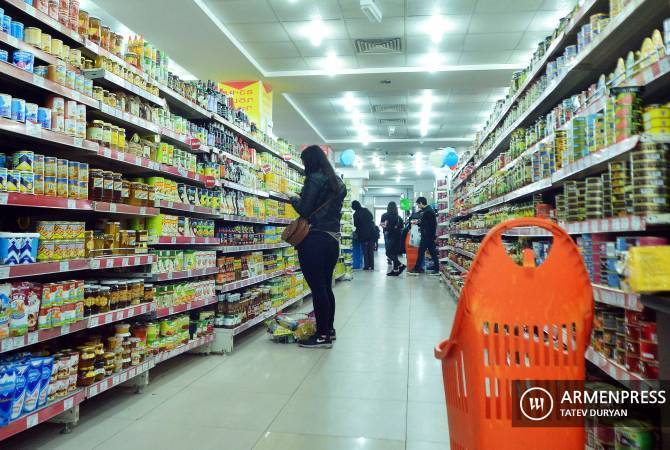 
YEREVAN, JUNE 13, ARMENPRESS. As of May 2022, inflation in Armenia comprised 9%. If nothing extraordinary happens, the Central Bank forecasts that inflation will be lower in the end of the year, CBA Governor Martin Galstyan said at the session of the parliamentary standing committee on financial-credit and budgetary affairs.

“We have 9% inflation in Armenia in May, which is a very high figure in terms of observing the Armenian economy’s and our overall historical developments. Inflation in surrounding or partner countries is much higher than in Armenia, but we need to understand that the 9% inflation, the 9% increase in consumer price index supposes that the price increase of basic necessities is much higher”, he said.

As for the developments being observed in the exchange rate market, Martin Galstyan said the Central Bank has no influence on the formation of the exchange rate. The Bank could have had an influence only if it had sold foreign currency, however it did the opposite during the year as it bought foreign currency equivalent to nearly 100 million dollars from the market. “We made interventions only when we noticed distortions of some market mechanisms in the market”, the CBA Governor said.

Exchange rate is formed in the market based on free supply and demand. Galstyan is sure that if the Central Bank acts against its mandate, enters the market and artificially depreciates the dram, Armenia will face another wave of inflation. As for the solution needed, the CBA Governor says the best international practice shows that sectoral policies are needed in such situations. “There are sectors which suffer in this situation or face a certain decline in competitiveness, these sectors must be provided with assistance. This could be under a certain policy by the government”, he said.

Asked why the prices are not adjusted in case of the created exchange rate when the dram has been appreciated, the CBA Governor said there are two factors. At this stage when the exchange rate has been appreciated, the international prices of goods have drastically increased, for instance, conditioned by the Russia-Ukraine war, the wheat is at an all-time high. There is a very big increase in international prices of first essentials. The second problem is that exporters face transportation problems.

He said that the geopolitical developments lead to think that the inflationary environment will continue in coming months. “But according to our forecasts, the 9% inflation existing now may show some rising trends in the next few months, but if nothing extraordinary happens, we will have inflation lower than now at the end of the year”, he said.

Martin Galstyan said the Board of the Bank will hold a meeting on June 14.