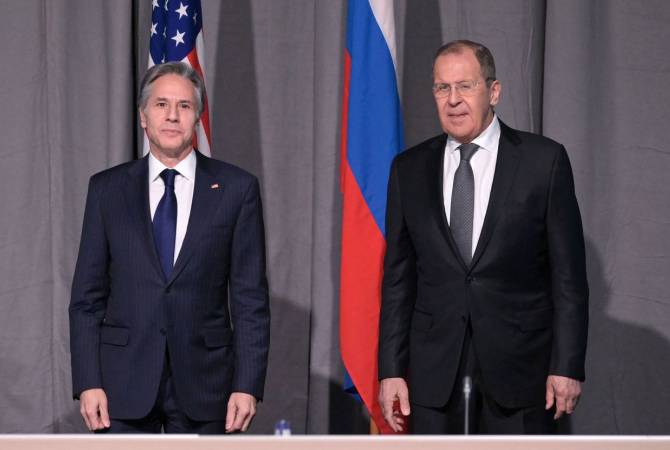 
YEREVAN, JANUARY 20, ARMENPRESS. US Secretary of State Antony Blinken said that during the upcoming meeting with Russian Foreign Minister Sergey Lavrov he will present the general position of Washington and European allies on the need for a diplomatic settlement of the situation in Ukraine, ARMENPRESS reports, TASS informed.

"During the meeting with Foreign Minister Lavrov, I will be able to present the general opinion of the United States and its European partners to seek opportunities for diplomatic progress," Blinken said in a joint press conference with German Foreign Minister Annalena Baerbock.

The Secretary of State said that stable, predictable relations with Russia are in the interests of Germany and the United States.

11:29, 05.19.2022
2545 views U.S. recognizes role of population of Nagorno-Karabakh in deciding its future–Ambassador Tracy’s interview to ARMENPRESS