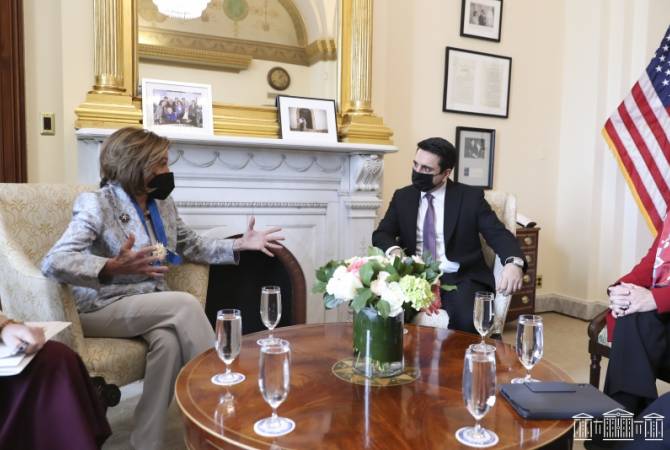 
YEREVAN, JANUARY 20, ARMENPRESS. Speaker of Parliament of Armenia Alen Simonyan has presented details from his January 19th meeting with Speaker of the US House of Representatives Nancy Pelosi.

In an interview to Voice of America, Alen Simonyan said that the meeting lasted very long as many issues were discussed. “First of all, I thanked Mrs Pelosi and the current Senators for their contributions to the adoption of the resolution on the recognition of the Armenian Genocide. We also discussed the current situation in our region, the ongoing processes in the Armenia-Turkey relations, as well as the situation on the border with Azerbaijan and the provocations that are taking place on the border. I am happy to state that the talk with all partners attending the meeting was held within the same logic”, the Speaker said.

Simonyan informed that he also met with a group of US Congressmen, as well as a number of meetings are planned with the US Senators, during which all issues concerning the Armenian people, including the border situation, will be discussed.