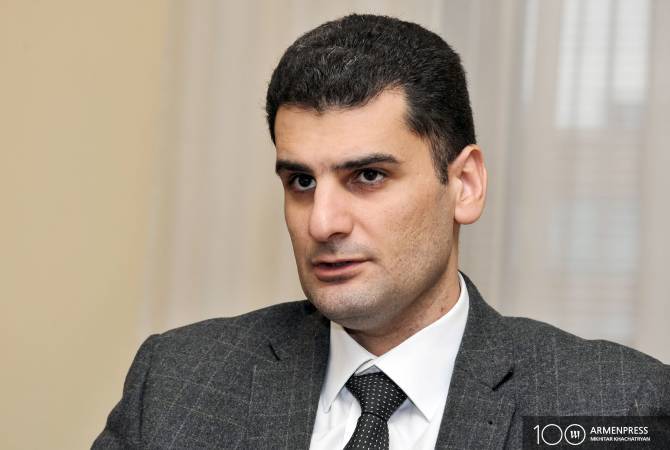 
YEREVAN, DECEMBER 16, ARMENPRESS. "My Step" faction of the Yerevan Council of Elders has launched the process of initiating motion of no confidence in Yerevan Mayor Hayk Marutyan and nominates Hrachya Sargsyan for the post of the Mayor, ARMENPRESS reports the Civil Contract Party said in a statement.

According to the statement, Hayk Marutyan was elected Yerevan Mayor as a result of the citizens’ vote for “My step” bloc’s revolutionary mandate in September 2018.

Hayk Marutyan has not fulfilled and does not fulfill with sufficient efficiency the obligations of "My Step" bloc undertaken before the citizens of Yerevan enshrined in the pre-election program;

Hayk Marutyan has not sufficiently fulfilled and is not fulfilling the most important mission of eliminating systemic corruption in Yerevan Municipality;

The bloc cannot fulfill its obligations to the residents of Yerevan in a situation when the mayor has severed ties with the political majority of the Council of Elders, the "My Step" bloc.

The "My Step" faction has launched a process of initiating motion of no confidence in Mayor Hayk Marutyan. The bloc nominates the incumbent First Deputy Mayor Hrachya Sargsyan for the post of Yerevan Mayor”, reads the statement.

The faction thanks Hayk Marutyan for the joint work, wishing him success in his new political destination.