Azerbaijan could "cut off" Kapan at any moment, warns opposition lawmaker 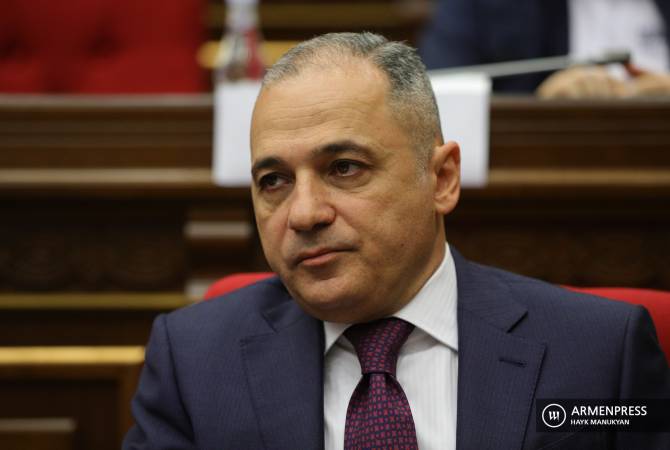 
YEREVAN, SEPTEMBER 13, ARMENPRESS. Hayastan opposition bloc lawmaker Vahe Hakobyan is warning that Azerbaijan could cut off the town of Kapan from the rest of Armenia at any moment.

“The Azerbaijani side has set up a police checkpoint on the Vorotan road,” he told reporters in parliament. “Videos posted online show, and according to my information, the Azerbaijanis are stopping Iranian cargo trucks and are demanding some kind of a customs duty and then only allow them to proceed,” Hakobyan said, adding that the Armenian National Security Service’s latest statement over the matter where the security agency described Vorotan by an Azerbaijani toponym is perplexing. “What does this mean? Does this mean that little by little they want to make us think that indeed that’s an Azerbaijani territory?”

According to Hakobyan, who served as Governor of Syunik in the past, today there is no other top priority issue than Syunik.

“The Azerbaijani side could cut off Kapan at any moment. The immediate ousting of Prime Minister Nikol Pashinyan would be the solution to all problems,” he said.