We plan to obtain new, high-quality weapons – Armenian Defense Minister is in Moscow 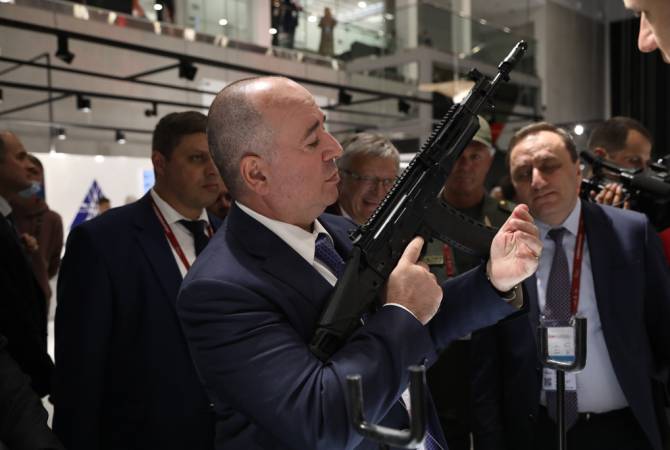 
YEREVAN, AUGUST 24, ARMENPRESS. Defense Minister of Armenia Arshak Karapetyan points out three main tasks facing him on the path of having new and modernized weapons and resisting the security threats facing the country. The first one is obtaining new and high quality weapons, the second is having domestic production of arms, and the third one is excluding brokers between the Defense Ministry and producers, ARMENPRESS reports the Defense Minister spoke about this in Moscow in the sidelines of ‘’Army 2021’’ military-industrial exhibition. The Minister emphasized that strategic ally of Armenia Russia will play an important role in the solution of the three mentioned issues, which fully supports Armenia.

‘’I can say I never heard the word ‘’no’’ here. And we will tale practical steps to develop our cooperation with Russia. We plan to obtain new and high quality arms. We have refused to buy old weapons. That our policy. It's better to have less but of higher quality arms, being sure that they will work when necessary'', Arshak Karapetyan said.

‘’I think in case of these 3 conditions are brought to life, we will definitely have a new, modernized army in line with the 21st century and will be able to withstand the challenges’’, Arshak Karapetyan concluded.