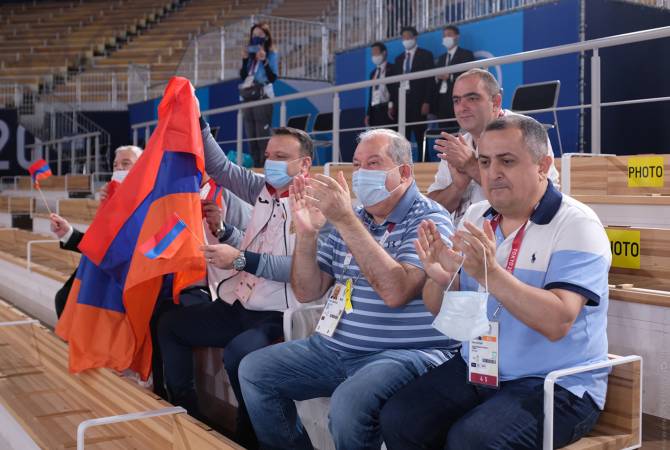 
YEREVAN, JULY 24, ARMENPRESS. President of Armenia Armen Sarkissian, who is in Japan on a working visit, watched today the performance of gymnast Artur Davtyan who represents Armenia at the Tokyo Olympics, the Presidential Office told Armenpress.

The Armenian President told reporters in Tokyo that he is impressed by the performance of the Armenian athlete and wished good luck to the Armenian team.

“Sport is one of the best ways to be represented to the world and get acquainted with the world. Participation to the Olympics itself is already a great success. Imagine, we deal with young people who dedicate their life for achieving goals”, he said.

Armenia is represented by 17 athletes at the Games.