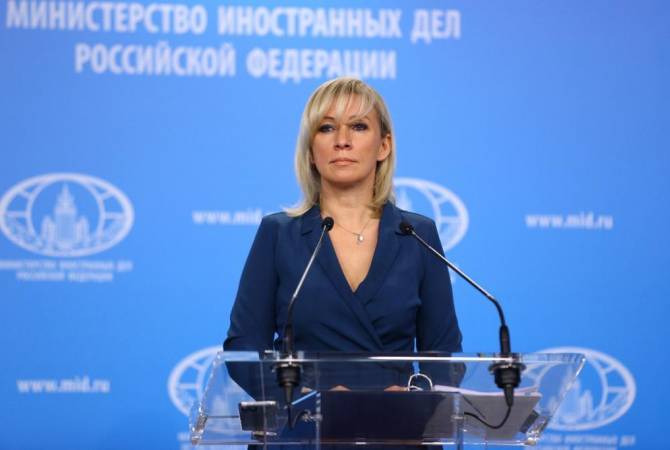 
YEREVAN, JULY 9, ARMENPRESS. Russia is ready to provide consulting support for the launch of demarcation works between Armenia and Azerbaijan, with its further delimitation aimed at quickly solving the conflict between the two countries, Russian foreign ministry spokesperson Maria Zakharova said at a press briefing today.

“We have repeatedly stated that we see the quick launch of demarcation works between Armenia and Azerbaijan as a sustainable and long-term solution to the problem, with its further delimitation. We are ready to provide necessary consulting support, and currently the talks with foreign and defense ministries, as well as over border services, aimed at de-escalating the tension, continue”, she said.

According to her, Russia doesn’t think that the current border situation between the two countries is connected with the settlement of the Nagorno Karabakh conflict, it’s rather a result of the absence of a legal formulation of a border. “We rely on the fact that the situation in separate parts of the Armenian-Azerbaijani border is not directly related to the Nagorno Karabakh conflict settlement and is a result of the absence of legal formulation of the border. Undoubtedly, the overall situation exacerbates the deficit of mutual trust between the sides”, she said.