‘Recognition of Artsakh’s independence and restoration of its territorial integrity are priority’, President says 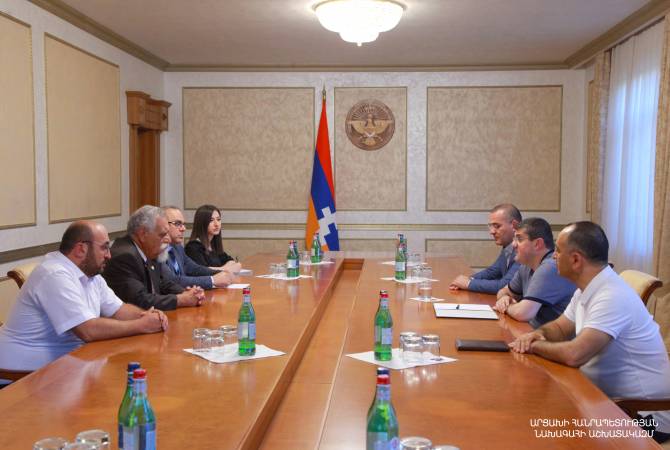 Issues relating to the domestic and foreign policy, the elimination of the post-war challenges were discussed during the meeting.

Welcoming the party’s delegation’s visit to Artsakh, President Harutyunyan said the only way of keeping Artsakh Armenian is the unity and the uniting of efforts of all Armenians. In this context he stressed the need to implement various investment programs in Artsakh, directing the main potential and resources to house-building and creation of opportunities for Artsakh-Armenians to live and create in the homeland.

Coming to the 2020 war, the President of Artsakh said it was a great trial for Armenians, but added that it’s the time to put new national goals and record new achievements and victories. He stated that the recognition of independence and the restoration of territorial integrity of Artsakh are the priority tasks of the state.

Hakob Andreasyan thanked the President of Artsakh for the warm welcome and stated that their party always stands by Artsakh. He noted that like in the past, currently as well their party will continue taking steps for the development and strengthening of the homeland.