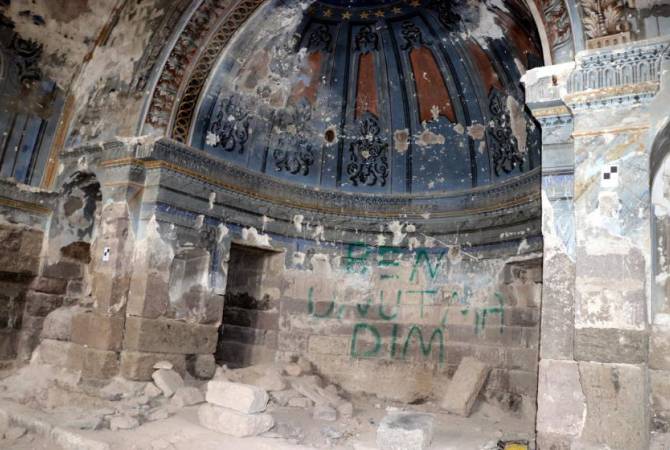 Paylan sent an inquiry to the parliament addressing the Turkish minister of culture and tourism over the two-meter hall that appeared inside the Church.

He stated that the old Armenian Church, which is one of the key historical and cultural structures of that region, has become today a target of vandals.

In this respect he asked the minister why the Church is not protected, why the persons who damaged it are not being investigated. He also asked the government why it stays silent over such actions against the cultural heritage belonging to Christians. In the letter Paylan was also interested whether the ministry is going to renovate the Church or not.