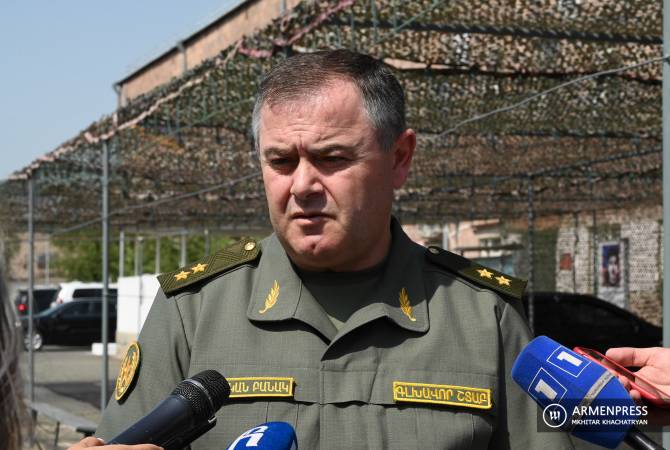 
YEREVAN, JUNE 22, ARMENPRESS. It is expected to deploy Russian peacekeepers in Gegharkunik province of Armenia, processes are underway, Chief of the General Staff of the Armenian Armed Forces Artak Davtyan told reporters.

“The final decision is not only the desire of our side, other sides are also participating, negotiations are underway. We will provide additional information about implementation and other technical issues”, he said.

He stated that they have nothing to ask Azerbaijan over the matter, but noted that there are some issues.

“We have nothing to ask Azerbaijan in our territory, but the talks are underway with the Russian side, because there are some issues, and our goal is to remove Azerbaijani troops from our territory without clashes”, Artak Davtyan said.

Asked whether some concessions in Gegharkunik are possible, he said there won’t be any concessions, adding that if the withdrawal of Azerbaijani forces is not solved by negotiations, the issue will be solved by respective actions.