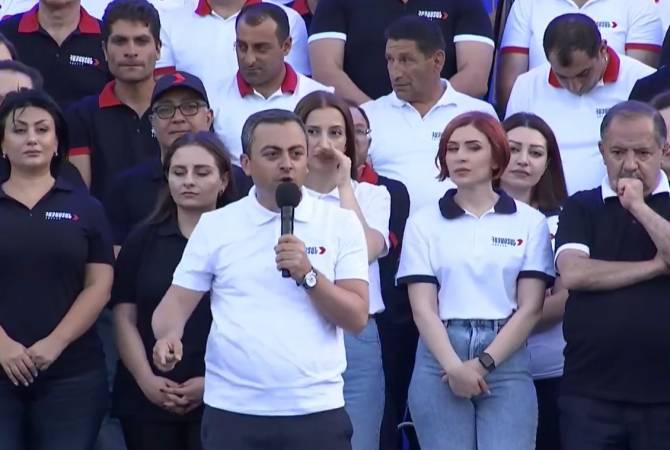 
YEREVAN, JUNE 18, ARMENPRESS.  Member of Armenia Alliance, representative of the Supreme Body of the ARF Ishkhan Saghatelyan announced during their final rally that the programs presented to the citizens during the campaign will become Government program after June 20 and will be implemented. ARMENPRESS reports Saghatelyan noted that during the last 12 days Armenia Alliance visited all the provinces of Armenia, the members of the Alliance presented to the people the situation in the country, the ways to overcome it and talked about their plans.

''We talked about the development of Armenia and the guaranteed future of Armenia. Armenia Alliance is the political force and team that is capable of overcoming the situation in the country. During these days we had one task – to explain the citizens of the Republic of Armenia that this is not just the struggle of our political team, but of each Armenian and today we showed that we have succeeded'', Saghatelyan emphasized.

He promised on behalf of Armenia Alliance that they will be accountable for each of their words.

'' We promise that we will not make any secret deals, we will not betray you, our statehood. June 20 is the day for summarizing our works and recording our victory’’, Saghatelyan concluded.