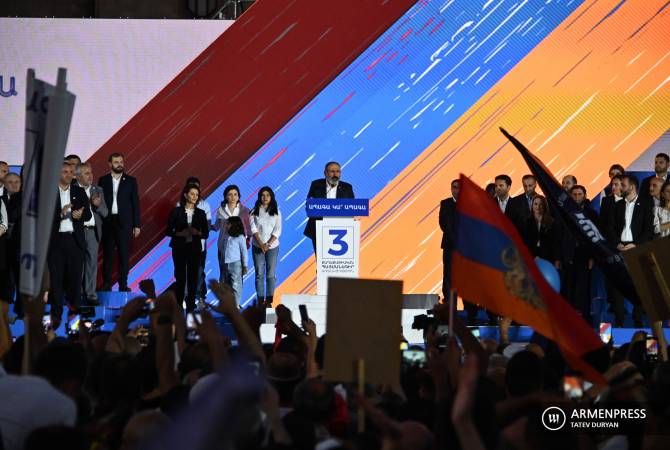 He emphasized that the last 8 months were the path to the hell. ‘’We started the pre-election campaign exhausted by the hellish path of the post-war period, ulcerated by a seemingly endless series of curses, insults, threats, slanders’’, Pashinyan said.

According to him, the people received them like they would receive their relatives coming back from captivity. ‘’ Thousands of mothers caressed us like our own mothers, thousands of fathers gave us strength like our own fathers, thousands of sisters and brothers stood with us like our own sisters and brothers. The People of Armenia gave us confidence and strength, they gave us love and power to continue the leadership of Armenia. And now it’s time to record this de-facto reality also de-jure’’, Pashinyan said.