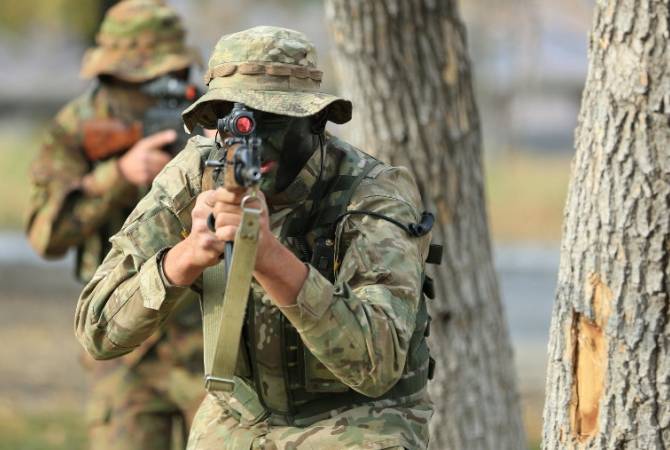 
YEREVAN, MAY 13, ARMENPRESS. The Azerbaijani armed forces carried out another provocation against the sovereign territory of the Republic of Armenia under the pretext of delimitation, trying to push forward their positions in the directions of Vardenis and Sisian communities, ARMENPRESS reports the Defense Ministry of Armenia informed.

‘’In both cases the advance has been stopped as a result of the activities of the Armed Forces of Armenia. The Armenian side has presented a demand to the Azerbaijani side to leave the territory immediately and return to their initial positions. The Defense Ministry of Armenia assesses this operation by Azerbaijan starting from May 12 an explicit provocation and for avoiding un predictable developments, demands the armed forces of that country to immediately return to their initial positions and refrain from encroachments on the sovereign territory of the Republic of Armenia’’, reads the statement.