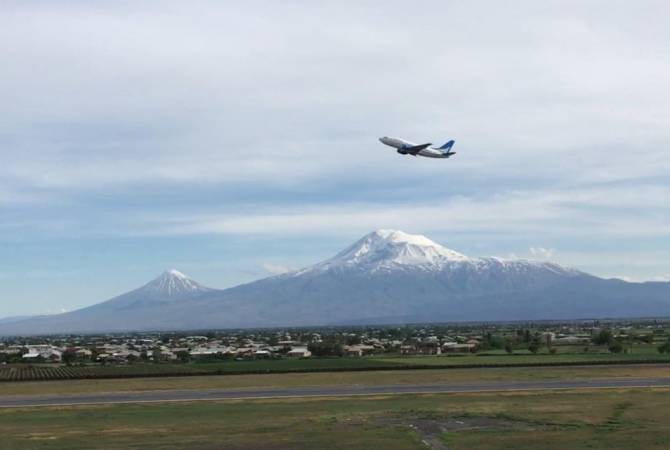 
YEREVAN, FEBRUARY 23, ARMENPRESS. The aviation authorities of Armenia have responded to reports purporting that a Boeing 737 registered in Armenia has been hijacked.

It is understood that the plane did not have any passengers on board when the alleged hijacking took place.

“At the same time we find it noteworthy to mention that that the Committee is aware of the plane’s whereabouts and is now closely cooperating with the aviation authorities of relating countries.”

However, a former government official Hakob Tchagaryan claimed earlier today that the Civil Aviation Committee of Armenia was indeed notified by their Emirati counterparts on the hijacking on February 21. The airplane’s registration number is EK-FAA, according to the report. Online records identify this aircraft as a Boeing 737-300 owned by Fly Armenia Airways, but this information hasn't yet been confirmed.

“The plane took off from Talin, Estonia, and according to the flight plan it had to land in Yerevan. But instead, a decision was made mid-air to fly to the Emirates for technical maintenance. And “due to technical problems” it landed in Tehran,” Tchagharyan had said.

16:16 - The Armenian aviation authority confirmed that the plane was carrying out a “technical flight” with no passengers on board. It also mentioned the nationalities of the pilots, noting that they were foreigners.

The aviation authority said an investigation is underway regarding the unauthorized flight path and landing.