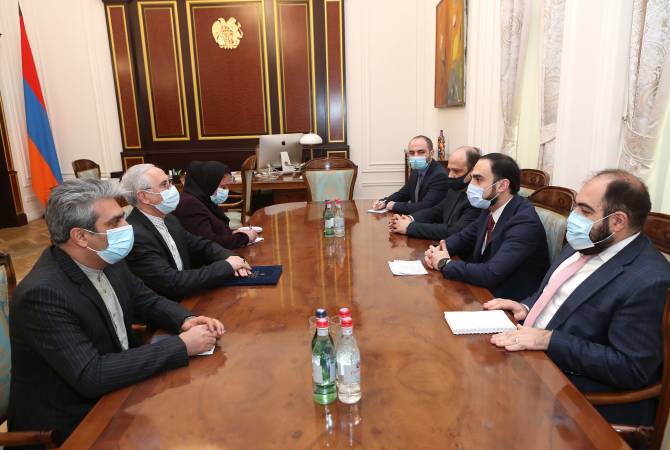 As ARMENPRESS was informed from the office of Tigran Avinyan, greeting the guest, Avinyan noted that Armenian-Iranian relations are unique for their centuries-old friendship , based on mutual trust and respect. The sides shared the opinion that the Armenian-Iranian partnership has great potential, which should be brought to life step by step.

Assessing peace, stability and sustainable development as a common interest for Armenia and Iran, Tigran Avinyan referred to the regional situation resulted by the Azerbaijani aggression against Artsakh. The Deputy PM particularly focused on the issue of the exchange of detainees, which is a priority for Armenia.

The sides also referred to the cooperation in the sphere of cooperation.