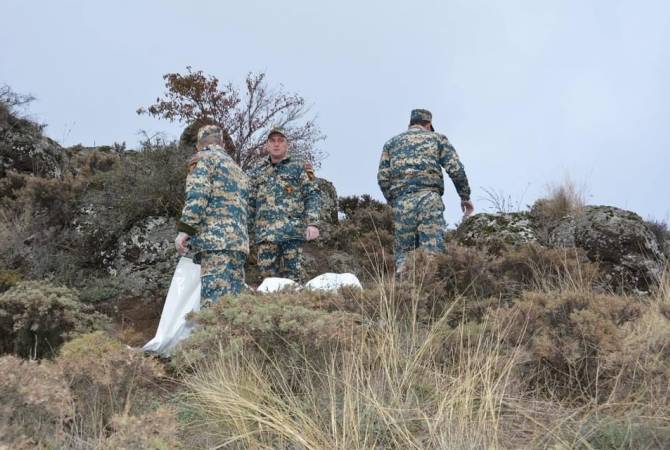 
STEPANAKERT, FEBRUARY 3, ARMENPRESS. The Azerbaijani authorities have barred a planned search operation for bodies of the war victims, including MIAs that was supposed to take place today in two directions, the Artsakh authorities in charge of the retrieval operations said.

During the past day, one body was found during search operations for the remains of the casualties of the 2020 Artsakh War, bringing the total number of bodies retrieved since the conflict ended to 1355, which includes both servicemen and civilians.

Artsakh State Service of Emergency Situations spokesperson Hunan Tadevosyan said they were unable to identify the latest retrieved body and a medical examination is underway.

Tadevosyan says they planned to resume the search operations on February 3 in Varanda (Fizuli) and Jrakan (Jabrayil).

“But the Azerbaijani side, without giving any reason, did not allow it,” he said.

21:29, 09.24.2021
Viewed 2225 times Today, no Armenian lives or practically could live in the territories under the control of Azerbaijan – Pashinyan