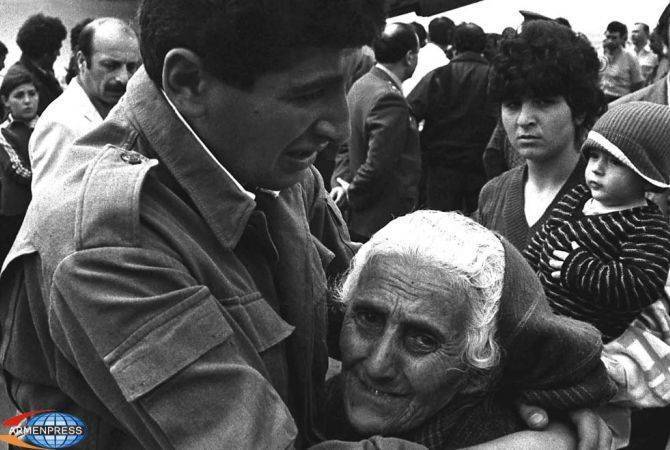 
YEREVAN, JANUARY 13, ARMENPRESS. The Foreign Ministry of Artsakh issued a statement on the occasion of the 31th anniversary of the Armenian massacres in Baku.

As ARMENPRESS was informed from the press service of MFA ARtsakh, the statement runs as follows,

‘’January 13, 1990 is one of the most tragic dates in the history of the Armenian people. On this day, mass pogroms of Armenians began in the capital city of Azerbaijan, Baku, which became the apogee of the targeted policy of the Azerbaijani authorities on exterminating the Armenian population of the former Azerbaijan SSR and expelling it from its historical lands and places of permanent residence, which began with the massacre of Armenians in Sumgait in February 1988.

The Baku pogroms continued for more than a week, during which, under the slogans "Glory to the heroes of Sumgait!", "Long live Baku without Armenians!", large mobs of rioters broke into the homes of Armenians, robbing, maiming and killing people. There are numerous documented accounts of atrocities committed with exceptional brutality. Those who managed to escape death were subjected to forced deportation, which was organized and systematic.

The Baku pogroms became one of the bloodiest mass crimes against the Armenian population in a series of pogroms, deportations, ethnic cleansing and other crimes against humanity committed in Azerbaijan. In the period between 1988 and 1991, the Armenian population of the former Azerbaijan SSR was completely deported, and Northern Artsakh, Gandzak and some other territories lost their autochthonous population. As a result, about half a million Armenians became refugees, and thousands of them killed.

The man-hating and genocidal policy of Baku towards the Armenian people continued after the collapse of the USSR, in 1992-1994, in particular, during the occupation of Artsakh Republic’s Shahumyan and Martakert regions and in the village of Maragha, the majority of the inhabitants of which were brutally exterminated.

The long-term and consistent denial by the Azerbaijani authorities of the committed genocidal actions on the one hand, and the encouragement of such crimes through the glorification of their perpetrators on the other hand, have become the main driving force in the policy of Azerbaijan, aimed at the extermination of Armenians in their historical homeland and all the traces of the existence of the Armenian people in the ancestral territory of their residence.This policy ultimately predetermined the large-scale 44-day war against Artsakh unleashed on September 27, 2020 by Azerbaijan, with the support of Turkey and with the participation of international terrorists. The armed aggression was accompanied by numerous and systematic war crimes, including targeted attacks on civilians and shelling of vital civilian infrastructure, with the employment of weapons prohibited by international conventions, cruel killing of prisoners of war and detained civilians and inhuman and derogatory treatment towards them. Moreover, the Azerbaijani side deliberately posts video materials of such atrocities at social networks.

It is difficult to imagine the path to peace as long as the misanthropic ideology and values, imposed by the authorities for many years, continue to dominate in the Azerbaijani society. An important step in the process of healing the wounds inflicted by the bloody conflict unleashed by Azerbaijan would be the recognition by the Baku authorities of their direct responsibility for the mass crimes committed against the Armenian population, including the January 1990 pogroms in Baku, which would make it possible to eradicate the negative phenomena caused by Armenophobia and create preconditions for establishing sustainable and lasting peace in the region''.