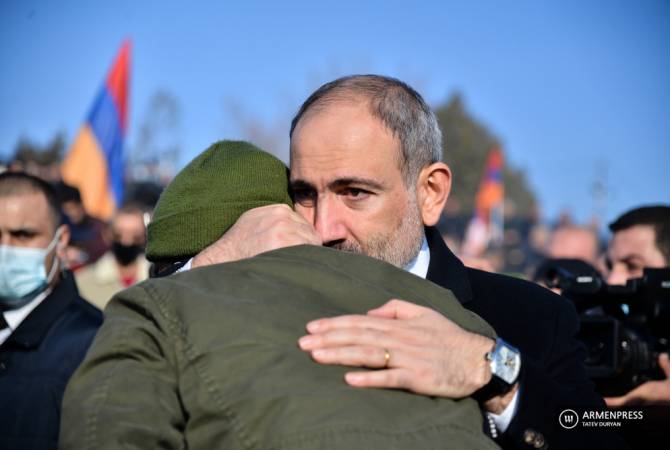 The entrance of the cemetery was blocked as a sign of protest by anti-Pashinyan protesters, war veterans and family members of fallen troops. However, police opened the entrance.

Pashinyan paid tribute to the fallen troops at the pantheon.