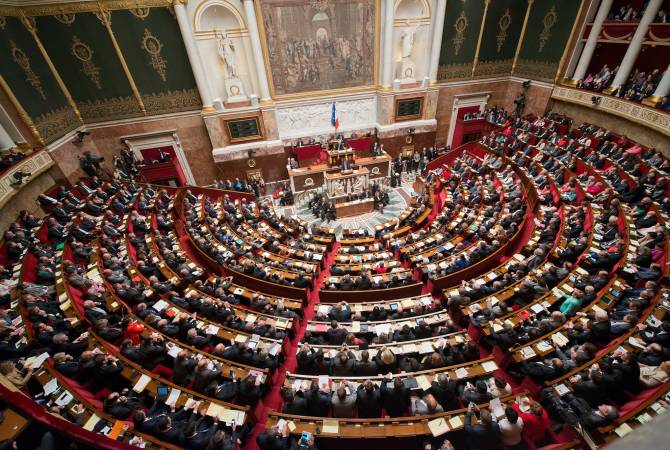 
YEREVAN, DECEMBER 4, ARMENRESS. The National Assembly of France adopted a resolution today on the urgent need to recognize Nagorno Karabakh (Artsakh). 188 MPs voted in favor of the resolution and 3 MPs against it.

ARMENPRESS reports the resolution also records the facts that Azerbaijan thwarted the peace process by launching a military campaign and deployed terrorist groups in Nagorno Karabakh with the support of Turkey.

Last week the French Senate had adopted a similar resolution, urging the Government to recognize the independence of Artsakh Republic.