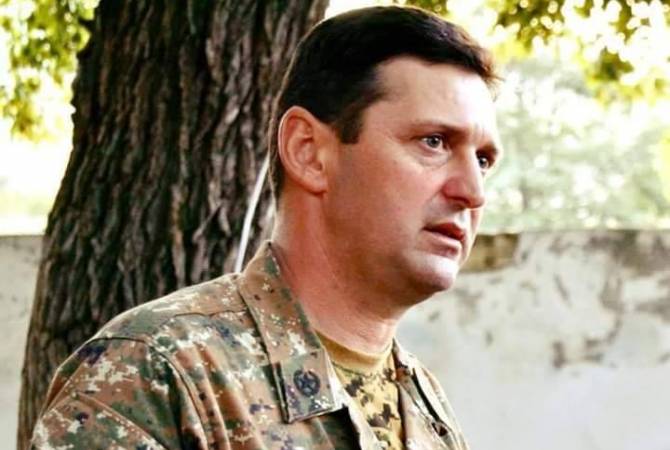 
YEREVAN, NOVEMBER 30, ARMENPRESS. Lt. General Jalal Harutyunyan is recovering normally after being wounded in action in late October during the Azerbaijani attacks while serving as Minister of Defense of Artsakh. At the time of being wounded he was in a combat position of the Defense Army.

The Ministry of Defense told ARMENPRESS that the Lt. General will soon be discharged from hospital.

“Jalal Harutyunyan will be discharged from hospital in two or three days and he will continue outpatient treatment” Defense Ministry of Armenia Director for Information and Public Relations Gevorg Altunyan told ARMENPRESS.

Because Harutyunyan was incapacitated from performing his duties as Minister of Defense, he was replaced the day after he suffered the injuries. Harutyunyan received the Hero of Artsakh title afterwards.