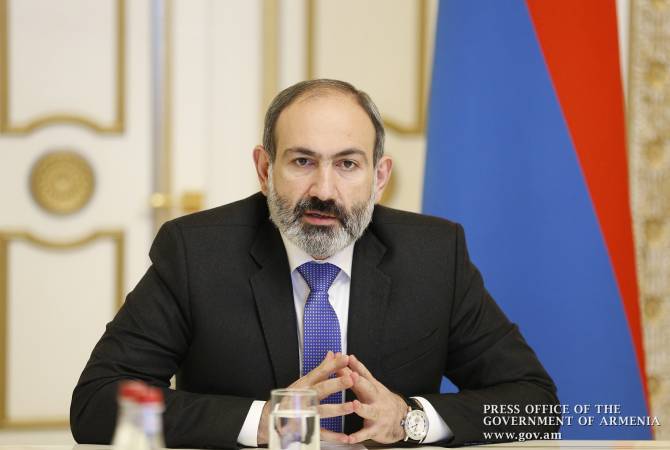 
YEREVAN, NOVEMBER 30, ARMENPRESS. Prime Minister Nikol Pashinyan has revealed details regarding the willingness of former presidents Levon Ter-Petrosyan and Robert Kocharyan to visit Moscow during the war in Artsakh.

“On October 20, the second and third presidents of Artsakh Arkadi Ghukasyan and Bako Sahakyan proposed to organize a meeting between the incumbent and former leaders of Armenia and Artsakh, which would be a manifestation of national unity during the days of the war. After some discussions I agreed. We agreed that whenever they would signal that the former presidents are ready, I would organize the meeting. During our next meeting, Arkadi Ghukasyan and Bako Sahakyan said that a nuance had added to their idea: Levon Ter-Petrosyan and Robert Kocharyan want to travel to Moscow to have high-level meetings there and that our meeting should be organized after their return and would become somewhat of an information combination, more informed discussion of the situation. I said that I am not against the idea, I said I would even provide the government aircraft, let them go and have meetings and come back. However, after my consent the former presidents of Artsakh raised another issue, they said it is necessary for me to mediate for President of Russia Vladimir Putin to receive Levon Ter-Petrosyan and Robert Kocharyan as special envoys.

I responded with the following: I am in permanent contact with the Russian president. There are days when I speak five to six times with him. Now, If he were to ask me ‘what do you have to say that you are unable to tell me directly and you want to say it through envoys’, what do I have to reply? The same question appeared in case of FM Sergey Lavrov, when the former presidents of Artsakh wanted our foreign minister to mediate for him to receive our special envoys. Our FM is in permanent contact with the Russian FM, their meeting was scheduled in Moscow. What was he supposed to answer if Lavrov was to ask him the same question?

I proposed another option: quickly organize a protocol visit of Ter-Petrosyan and Kocharyan to Moscow – as former presidents, where they would be the guests of former Russian President Dmitry Medvedev, who is also the Vice President of the Russian Security Council, and during the visit attempt to organize courtesy meetings with the Russian President, foreign minister and other high-ranking officials.

Arkadi Ghukasyan and Bako Sahakyan went off, vowing to discuss this option with Ter-Petrosyan and Kocharyan. It turned out that the former presidents aren’t much interested in my option. To my surprise, Bako Sahakyan claimed that Ter-Petrosyan and Kocharyan had an agreement to meet with Sergey Lavrov. In that case, what’d they want from me? If they have an agreement, let them go and meet. It turned out, the problem was Kocharyan’s passport which was seized by the court. I told them to file a motion to court, I would ask the prosecution not to object the return of the passport. That’s exactly what happened: the court returned Kocharyan’s passport, but Ter-Petrosyan and Kocharyan didn’t go to Moscow after all,” Pashinyan said in a statement on social media.