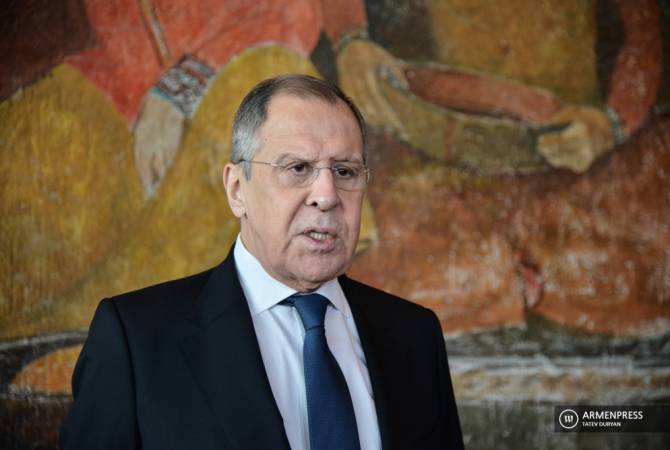 
YEREVAN, NOVEMBER 21, ARMENPRESS. Russian foreign minister Sergei Lavrov considers unacceptable the attempts both in Armenia and abroad on questioning the trilateral statement signed over the Nagorno Karabakh conflict, adding that this has been stated also during the meetings held in Armenia today.

Lavrov briefed the reporters on the Russian delegation’s visit to Yerevan, the meeting with Armenia’s leadership, stating that comprehensive discussions were held, they in particular talked about the issues relating to completely implementing the statement signed by the leaders of Armenia, Russia and Azerbaijan, ensuring the operation of the Russian peacekeeping mission, and conducting humanitarian actions for assisting the civilian population.

“All accepted that this statement is the only mean for the settlement of the situation which was very tough several weeks ago. It was stated that all attempts both within the country and abroad on questioning that statement are unacceptable. And we affirmed our determination to do everything for the statement to continue being in force. Armenia’s leadership – the President, the Prime Minister, with whom we met, stated that this statement has helped to solve serious problems, to save lives, and they are committed to the further implementation of the agreement”, the Russian FM said, adding that they also discussed the bilateral issues.