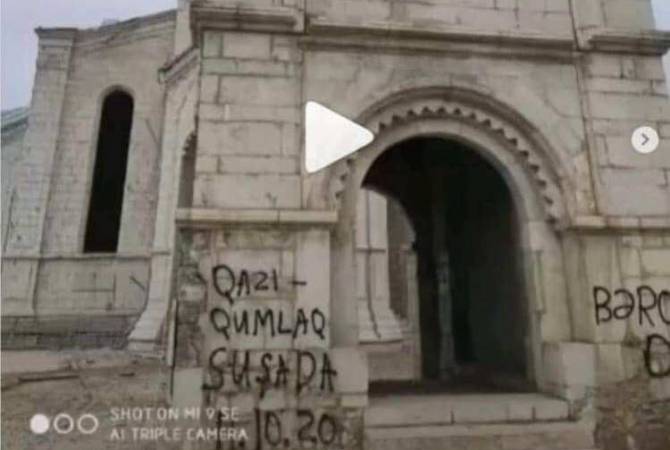 
YEREVAN, NOVEMBER 14, ARMENPRESS. The Armenian authorities are in permanent contact with UNESCO and other international organizations dealing with protection of cultural values over the endangerment of the Armenian historic-cultural legacy and archaeological sites in Artsakh that have come under Azeri control.

There are multiple religious sites, monuments, and works of art in territories that will be handed over to Azerbaijan or that have already come under Azeri control following the war.

“Given the deliberate destruction of cultural heritage values by Azerbaijan in the past (there is already evidence of vandalism against the Holy Savior Ghazanchetsots Cathedral), the norms of international law, as well as the cases of violations of obligations under the UN and the Council of Europe, the Armenian Ministry of Education, Science, Culture and Sports has applied to international organizations demanding them to remain committed to their assumed mission and take practical and resolute actions to prevent and condemn manifestations of Azerbaijani vandalism,” the ministry said in a statement.

Holy Savior Ghazanchetsots Cathedral, the seat of the Diocese of Artsakh of the Armenian Apostolic Church, is located in the town of Shushi, which was captured by Azerbaijani forces. It was bombed twice during the fighting. Now, when the war ended, the church has already been vandalized with graffiti.