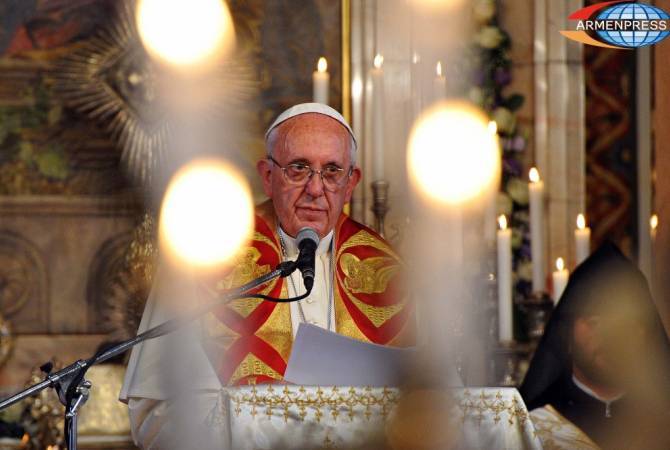 Speaking after the Angelus prayer in St. Peter’s Square on the Solemnity of All Saints’, the Pope said “during these feast days, let us not forget  what is happening in Nagorno Karabakh, where armed clashes are interrupted intermittently by fragile truces.”

He decried a “tragic increase in the number of victims, the destruction of homes, infrastructures and places of worship,” and noted that civilians are increasingly under attack.

“I would like to renew my appeal to the warring parties that they may, as soon as possible, intervene to stop the bloodshed”, the Pope said, urging them not to attempt to solve the controversy with violence, but “engaging in sincere negotiations with the help of the international community.”

Pope Francis said he is close to all those who are suffering, and he invited them to pray to All Saints for a stable peace in the region.

The Pope has already expressed his concern and appealed for a negotiated solution to the crisis in Nagorno Karabakh during the Angelus on 28 September.